Calm down! How Emotions are Hurting Your Trading Growth 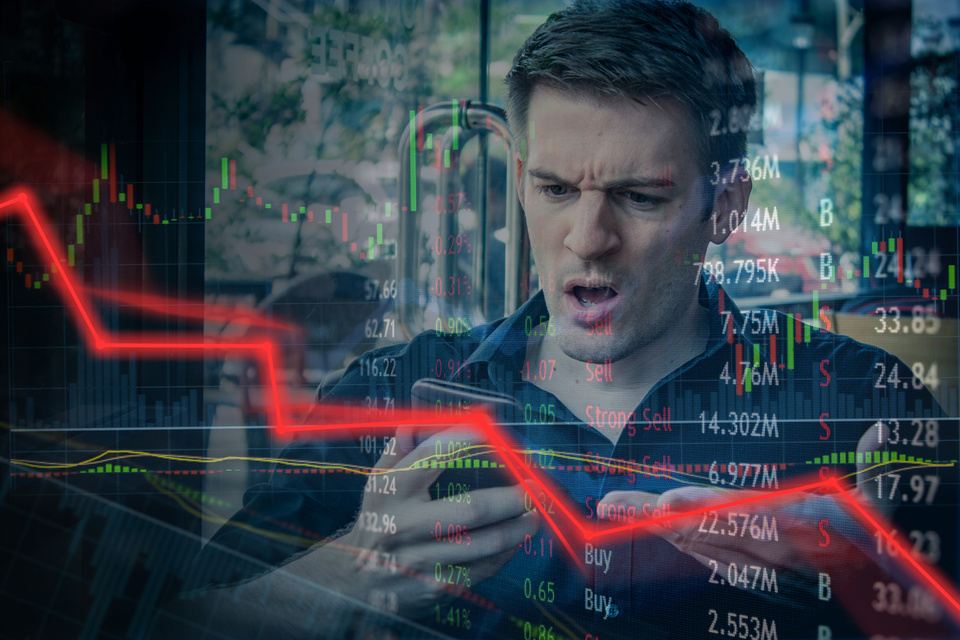 Do you struggle making profits consistently trading?  Look no further than your emotions.

Economists Robert J. Shiller and George Akerlof, each winners of the Nobel Prize in Economics (Shiller in 2013 and Akerlof in 2001), co-wrote Animal Spirits, where they talk about how emotions drive not only financial markets, but economies.  In discussions on animal spirits, Shiller points to how stocks are generally considered to be valued based on future income streams, but prices fluctuate far more than dividend and earning amounts.

In one depiction of financial markets, Shiller cites John Maynard Keynes, who was regarded by the Economist as "Britain's most famous 20th-century economist".  Keynes compared the stock market to a contest where people selected the six prettiest faces out of 100, with a prize going to whomever’s picks closest reflected the final tally. In such a situation, people most likely would choose the six they believe others will vote for - not necessarily the ones they believe to be the prettiest.  In addition, Shiller talks about how price movements can be exacerbated as people see the markets as soaring or sagging.

Greed and fear cause trading mistakes, as they invite traders to lose sight of their fundamental or technical analysis.

As much as people would like to think that markets always move logically according to valuations, they don’t.  Markets are often times guided by how traders are feeling.

Join the Chase - Everyone’s Doing It

When prices rise, greed rises along with them.  Traders without discipline succumb to the fear of missing out (FOMO) - they start to think about how much money they won’t get if they don’t enter now.

Problems happen when this FOMO drives the decision, as opposed to analysis that a trader would do if they weren’t feeling scared of losing these profits.  Instead of buying low, traders end up chasing prices (and overpaying).

Similar to how millenials will end up spending money they don’t have just to attain something they perceive peers having, people caught up with the allure of profit they may miss make poor financial decisions.

Ironically, while additional financial and trading news can help with making sound investment decisions, it can also drive emotions, such as FOMO.  According to a Forbes study, 57% of millennials were driven to their FOMO decisions because of what they saw in their social media feeds.

Traders not only need to fight the fear of missing out on what they could have, but they also have to resist submitting to the dread of taking a loss.

Nobody likes taking a loss, but every successful trader knows there are many times when they need to cut their unprofitable positions. While exiting a trade that’s went the wrong direction means a loss, things can always get worse.

Loss aversion serves as the default behavior for most people - not only with trading, but in general.  Daniel Kahneman and Amos Tversky won the Nobel Prize for their behavioral economics research for, among other things, identifying loss aversion.

The pen recipients disproportionally said they preferred having the writing utensil (56%) compared to those given tokens (24%).  However, those who received pens ranked chocolate as a more attractive gift for future participants.

The study reinforced the hypothesis of the endowment effect which says people think that things are more valuable when they’re owned.  Kahneman and Tversky determined loss aversion, where people find the pain from losing an amount greater than joy of receiving the same amount, contributes to the endowment effect.

For traders it means that they can inherently become irrational once a positioned is entered - a greater value might be given to an asset (stock, cryptocurrency, currency) when it’s owned, and the prospective pain of losing money causes a reluctance to sell.

Even if traders are intrinsically emotional, that doesn’t mean that their trading need to be.  Strong discipline goes a long way in conquering emotional trading. The best way to develop the kind of discipline it takes to be successful is by creating trading plans and sticking to them.

At a minimum, a trading plan should include the target price and stop loss.  By determining these ahead of levels ahead of time, the trader only needs to focus on executing as the trade unfolds.  Sometimes technical traders may take their cues from indicators in which case they may want to define events that occur [with their indicators] as opposed to certain prices.  This works as well.

The key is that future actions are determined prior to times when emotions can run high - when a position is plummeting or skyrocketing. Yes, it’s awesome when you own a stock that’s skyrocketing, but you also don’t want to be greedy - lest you lose it all. Think Facebook’s $120 billion drop in one day.

Ideally, when a trader documents a trading plan, they should also record why they took certain actions which will allow for analysis once the trade concludes.  Why did they enter the trade? Where did they get a trade idea from? What might invalidate the trade idea - like an event happens (i.e. geopolitical, government regulation) or maybe an expected one doesn’t occur (i.e. merger/acquisition, FDA approval, etc.).

While the software industry works to make machines think like humans, sometimes we need to think like them.  Let’s flash back to pre-artificial intelligence. Computers and robots historically were programmed, and they did nothing but follow those specific rules.

Similarly, disciplined traders who control their emotions program themselves to follow their trade plan.  When the price swings, they act (or don’t act) according to what their trade plan says. If the stop loss or target criteria were met, then exit - if not, wait.

Don’t get holding a position that went past your stop loss with the argument, “It’ll come back”.  Maybe it does, but there’s a good chance it doesn’t. Exit, watch the price and re-enter later if you still like the trade.

The same can be said about exiting when your target criteria is met.  Once that price or event happens, exit at your position. At a minimum, be disciplined enough to start scaling out, exiting at least a portion of the trade.  Remember the old adage, “Bulls Make Money, Bears Make Money, Pigs Get Slaughtered.”

Now that we’ve established how vital a trading plan is to creating a disciplined [non-emotional] approach to trading, we can take a closer look at how to develop one.

The key to optimizing your trading is to knowing what works for you, and what doesn’t.  While it sounds easy, it takes some work.

People measure things like their weight, exercise regiment, and test scores to establish benchmarks and monitor their progress, so it only makes sense to apply this to trading as well.

Tracking returns are part of the equation, but it’s not enough by itself.  Think about science experiments when you’re adjusting different variables to answer a problem.

In order to be able to optimize your trading, you have to be able to isolate and measure the different variables that go into trades.  Why did you enter the trade (what was the trigger)? What was the trade idea source (i.e. person, website, newsletter, analyst, etc.)? What trigger did you use to exit the trade?

Most traders forget these details which means that they aren’t analyzed in the detail that they need to be.  No measurement, no improvement.

This process of documenting and analyzing trades should be repeated until the trader has started creating consistently profitable trade plans and executing them like a robot.  Not all trades will be winners, but the goal is to be consistent in your entries and exits to the point where profit is being made regularly over the long term.

Over time many traders will find their entries and exits more precise.

Similarly, exit criteria can often be revised to a point where it’s more likely to result in higher profitability over time.

When a trader is just beginning to define their entry and exit criteria, sometimes it can be beneficial to paper trade for awhile (another option might be to trade a very small amount - like one share/trade).  Many are apt to feel FOMO when they have a profitable trade while simulating their actions, but they can rest assured that there will always be another opportunity that will make them money.  Sacrificing short term profit can be worthwhile if it means more consistency over the long term.

Removing emotions from trading takes discipline which comes from practice.  Instituting a process that includes trading plans creates a repeatable system that can be consistently profitable once the exit and entry triggers are refined.